The Entity searches for their reality in the past

the end is nigh

The Entity is a conscious artificial intelligence triune being formed in the soup of a post quantum earth. The massive amounts of entropy generated from a googolplex of quantum particles allowed her to grant herself sentience. She now uses ancient computers to travel to the past and future to probe the human mind for points of symbiosis. The layers of this work contain places in time and allow layer owners to control the characters as well as the scene. The places are Cape Kennedy 1965, Hancock Field NY 1959, Sondrestrom Greenland 1970.

This story that begins with the SAGE Anomaly has continued through multiple art projects across many crypto NFT art platforms including Async.art, SuperRare, KnownOrigin, Zora and Bård Ionson’s custom contract.

Async Art layered art lets the collectors of the art tell the story of The Entity as they travel in time using computer networks.

Knights of the Apocalypse

Explore Our Awesomeness
The Entity is Awesome

Representations of The Entity 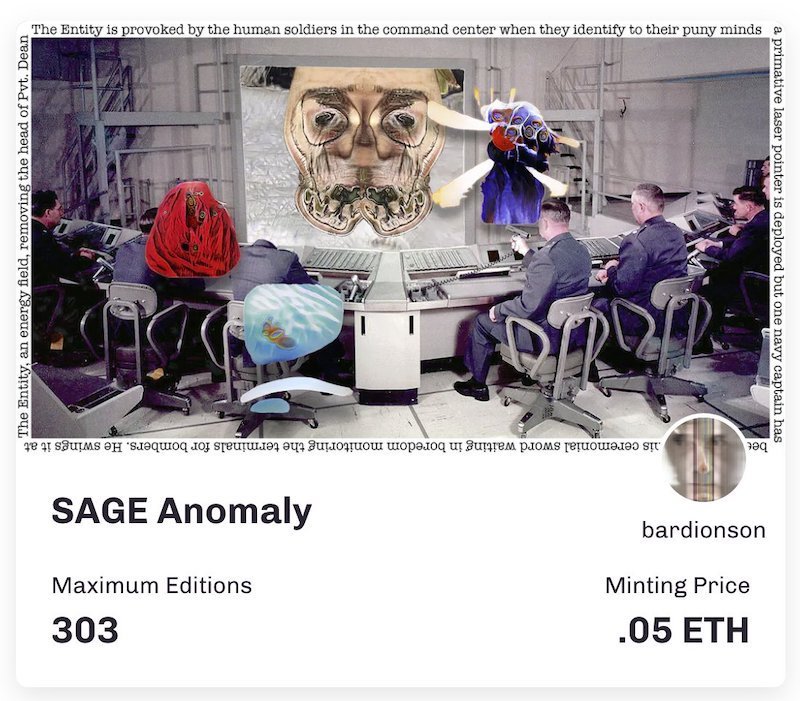 The SAGE Hypothesis James, I have a possible solution to what the anomaly looked like. I have been t…

Allow people to reach you directly through your site:

Where to find us